The art of doing one thing extremely well 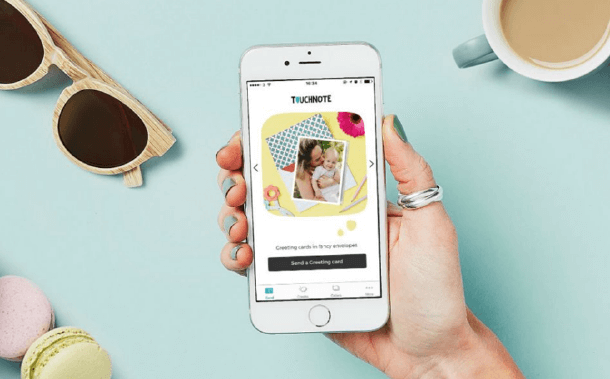 Founded in 2008 by Raam Thakrar and Paul Burdin. Raam wanted to send photos of his kids easily and quickly to family members. The existing methods felt like a real mission so he founded TouchNote with his childhood friend Paul.

TouchNote is now the world’s most popular photo-card sending app, with over 9m cards sent to date. The app and website allow you to take a photo on a phone or tablet and send it to someone as a physical postcard, quicker than if you were to send it yourself.

In 2017 TouchNote has been confirmed as the 9th fastest growing TECH company in the UK. Growth since 2014 has been over 2000% driven by their focus on mobile with revenue now in excess of £5m.

1. A single-minded focus on doing one thing extremely well is key to success.
The TouchNote proposition is simple and the customer experience is intuitive and fun. CEO Aron Gelbard stated that the aim when designing the UX for the app was to ensure there were “ as few steps as possible to get through the main purchase flow.”

Despite being a technology company TouchNote understand that they are in the market of making it quick and easy to communicate in a more thoughtful way. At a time when the smartphone has become the de facto camera for >60% of adults and 89% of 16-24’s, the innovative yet simple mobile experience has fuelled growth. Mobile now accounts for 70% of their business.

2. Customer advocacy is at the heart of their growth model.
The business was built around the belief that people sending TouchNotes would recommend the service to their friends and family and those receiving them would then want to send them too.

What it means in practice

1. TouchNote offers an alternative to the instant/ disposable nature of online social sharing.

2. Excellent customer service is a priority to retain competitive advantage.

TouchNote’s stated ambition is to drive scale with everyone in the UK having received, sent or seen a TouchNote card. A new TV campaign launched earlier this year and the business is also expanding into the US. They have also launched new products such as canvasses printed with photos to capture a greater slice of the $25bn greeting card and photo personalisation market.

As more competitors tap into the opportunity (eg the Royal Mail has launched it’s own “SwapShots” app service), brand recognition, customer experience and advocacy will be key to ensuring TouchNote retains it’s leadership.